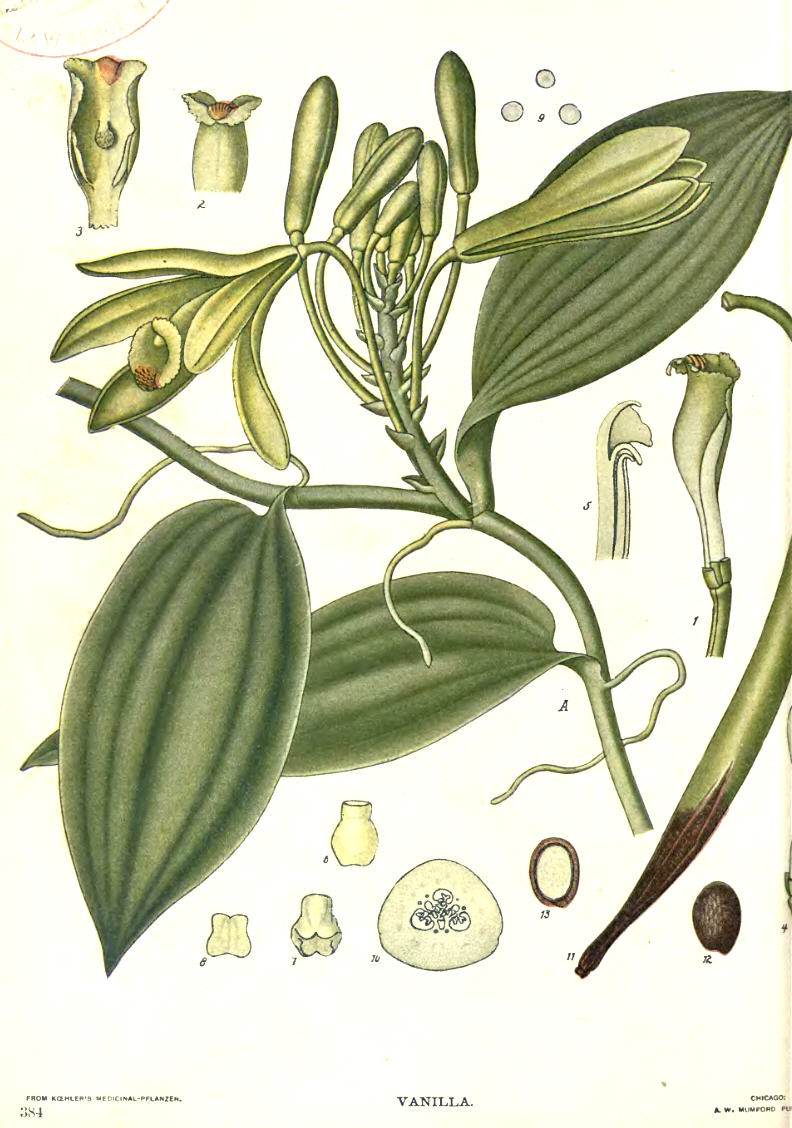 Vanilla is a flavoring that comes from vanilla beans, which are the fruit of an orchid plant. Vanilla has a sweet, aromatic flavor and is available in the form of vanilla beans, vanilla powder or vanilla extract

The term French vanilla is not a type of vanilla, but is often used to designate preparations that have a strong vanilla aroma, and contain vanilla grains. The name originates from the French style of making ice cream custard base with vanilla pods, cream, and egg yolks. Inclusion of vanilla varietals from any of the former or current French dependencies noted for their exports may in fact be a part of the flavoring, though it may often be coincidental. Alternatively, French vanilla is taken to refer to a vanilla-custard flavor. Syrup labeled as French vanilla may include hazelnut, custard, caramel or butterscotch flavors in addition to vanilla.

It can generally be found in cake decorating supply stores, gourmet markets and through specialty mail order services.Vanilla beans are found in well-stocked supermarkets and specialty stores, while vanilla extract is available in most food stores. When selecting vanilla beans, look for moist round, well formed beans that do not appear to have dried or aged excessively. The bean should be pliable and definitely not brittle. ur wiered